Part 36: The Agony of the Feet... and a Literary Detour

Before recounting my own sorry shin kicking experience, I can't resist a detour into Campden's little-known literary connections.

The Cotswolds are mostly associated with Aga sagas and bonkbusters today, but Campden's writerly pedigree goes back much further, encompassing classic works of English literature and Nobel-calibre authors.

Bizarrely, most guidebooks (and the tourist office) fail to capitalise on these artistic connections.

If they mention them at all, they gloss over Campden's links to The Canterbury Tales (especially the X-rated film adaptation)… or the fact that Robert Dover's grandson rescued the real-life Robinson Crusoe… or that a Campden play put the Bs into the BBC… or that the area inspired TS Eliot to write a masterpiece of the 20th century (and indulge in a rare moment of passion)… or that Graham Greene kick-started his career in Campden (while lusting after American girls at a local pub)… or that Salman Rushdie supposedly took refuge in town, hiding out from the Ayatollah.

In the absence of any alternative, I offer my own literary ramble, entitled "Murderers, Castaways and Copulating Flies"…

Had it not been for the grandson of the Cotswold Olimpicks' founder, for instance, Robinson Crusoe may never have been written.

Born around 1660 and based in Bristol, he became known as "The Quicksilver Doctor" after his favourite remedy. 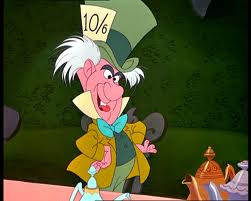 Mercury had been used as a medicine for centuries, and many physicians used to prescribe powders made from mercury salts.

But "The Quicksilver Doctor" scandalised his peers by dishing out crude mercury, telling patients to drink massive amounts of it straight up, claiming that the liquid metal would cure everything from asthma to elephantiasis.

In cases of appendicitis, for instance, he prescribed downing a pound and a half of the slippery stuff.

Thanks partly to him, mercury was as common in British households as tobacco—and probably just as healthy. Even with the relatively limited medical knowledge of the day, many doctors suspected that mercury could be toxic, arguing that Dover's cure-all benefited only nurses and gravediggers.

In one notorious case, Dover used mercury to treat the top tragic actor of his day, Barton Booth. The doctor promised that it would not only prevent him from suffering a relapse of fever, "but would also effectually cure him of all his complaints".

Sure enough, Booth died a week later. A post-mortem found his intestines and rectum blackened and lined with mercury.

Another of Dover's patients died after treatment for syphilis.

"At first he improved but later the patient had a violent dysentery which made an end to all his complaints, and his life also: To the great disappointment of all parties," one wit reported.