Dover's critics pointed out that the human body doesn't actually absorb liquid metal when it is swallowed.

One told of a patient who downed 16 pounds of mercury and recovered all but one and a half ounces of it… from his faeces:

"It is doubtless the case of many, who thinking the remedy is working miracles in the blood, might find it in their breeches," he said, adding:

"I have heard a pleasant story of a mercurial lady, who in Dancing at a Public Assembly, happened to let go some particles of the quicksilver she had taken in the morning; which, shining on the floor in the midst of so great an illumination like so many brilliants, there were several stooping down to take them up; but finding themselves deceived, it affected matter for much laughter among the gentlemen, and blushing amongst the ladies, especially she that was most concerned; for the cry went through the room, that some lady had scattered her diamonds." 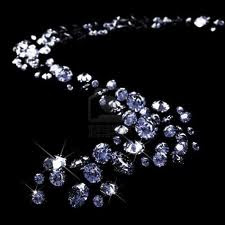 Ridiculed by his peers—and possibly suffering an acute midlife crisis—Dover risked everything he had in his late forties to become a privateer: a legalised pirate on a mission to steal from the old enemy, Spain.

In 1708, Dover and his colleagues backed an expedition to the South Seas--the Pacific Ocean off the coast of South America. Not only did the doctor invest in the adventure, he also helped lead it, even though he had no nautical training.

With "Captain" Dover leading the charge, the English sacked Ecuador's main port, Guayaquil. Between their looting and pillaging, the buccaneers slept in the local churches, disregarding the stench of the scores of plague victims recently buried beneath the floorboards.

Wisely, Dover stopped his men from frisking the corpses for valuables.

Even so, more than half the crew—180 men—fell ill in a catastrophic outbreak that threatened the expedition. Somehow, though, Dover's unconventional doctoring saved the venture: only eight men died.

One survivor was a Scottish sailor named Alexander Selkirk.

Earlier that year, the expedition had stopped at a seemingly deserted island hundreds of miles off the coast for some much needed R&R before attacking the mainland.

Dover had volunteered to reconnoitre the island, and to his amazement, he found "a man clothed in goat skins, who seemed wilder than the original owners of his apparel".

Selkirk had been marooned on the island for nearly four and a half years after quarrelling with the captain of another ship (which ship later sank off Peru, killing all but a few survivors who were then locked up by the Spanish in Lima).

Dover's navigator happened to know Selkirk and vouched for his skills. With the Scotsman on board, the privateers raided ports and captured galleons from Ecuador to California, reaping a profit of £170,000—or nearly £12 million today.

Like what you've read?
You can buy True Brits here.
Posted by Unknown at 02:30