For opponents like Rev. Bourne, the best way to stop Dover's Games was to kick them off their turf.

Back in their founder's day, the hilltop had covered 500 acres of open land.

But even then, enclosure had been a threat.

Vast tracts of common land were parcelled up and sold, ostensibly to farm them more efficiently and produce more food for the country's growing population.

The Campden part of Dover's Hill had been enclosed in 1799, so the Olimpicks had moved to the other side, in the parish of Weston Subedge, where Bourne was vicar-for-life.

The young crusader soon launched a campaign to enclose the rest of the hill.

At the same time, officials across the country were trying to shut down other local festivities.

West Country native Thomas Hughes, a fair-minded man of the law, wrote nostalgically about shin kicking and backswording in his bestseller, Tom Brown's Schooldays, in 1857. 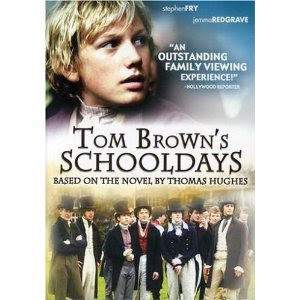 "Wrestling, as practised in the western counties, was, next to backswording, the way to fame for the youth of the Vale; and all the boys knew the rules of it, and were more or less expert," he recalled.

However, he also acknowledged that rural feasts had deteriorated since his day because of longer working hours and a lack of support by the gentry.

In the end, he reckoned the change was good "if it be that the time for the old 'veast' (feast) has gone by; that it is no longer the healthy, sound expression of English country holidaymaking; that, in fact, we as a nation, have got beyond it, and are in a transition state, feeling for and soon likely to find some better substitute".