Part 9: The Trysting Place of the Lowest Scum

As it stands, Annalia Dubrensia is the ultimate in vanity publishing, compiled at a time when every self-styled Renaissance man imagined himself a poet.

One typically overblown effort compares "Cotswold Hill" to Mount Olympus and Dover to Hercules; whereas the latter took five years to organise the ancient games, though, the English showman had pulled off his Herculean feat in just one year.

When Dover's admirers weren't praising him, they were scoring points off the Puritans.

Jonson's 10-line epigram—some of the last verse he wrote—ends with a veiled swipe at religious "hipocrites, who are the worst… Let such envie, till they burst."

Ironically, the same year that was published, a puritanical vicar took over at Campden. And eight years later, the Civil War stopped Dover's Games.

Puritans and Royalists began fighting with weapons rather than words, and bloody skirmishes replaced ritualised combat on Dover's Hill. 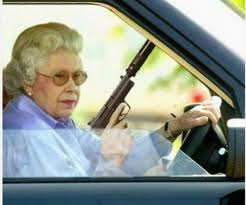 The "Cotswold Genius" passed away in 1652, aged 70, his beloved games seemingly consigned to history.

In the battle over sports, it appeared the Puritans had finally won.

After the restoration of the monarchy, though, Dover's Games quickly bounced back.

Instead of his high-minded Olimpicks, though, they reverted to their hard-knock origins. Out went Dover's classical pretensions; in came knockdown, drag-out fights—between combatants and spectators.

Once hailed as England's very own Mount Olympus, Dover's Hill was eventually condemned as "the trysting place of the lowest scum".

Young bucks from the Wold—the hills around Campden—would spar against their rivals from the Vale of Evesham, reflecting a medieval rivalry that continues to this day.

Market towns like Campden have long looked down on farmers in the valley.

"The Wold got their origins as sheep and market towns for the wool industry in the Middle Ages. The Vale people are agriculturists, they grow—well, their prized growth is asparagus," laughs Olimpick historian Francis Burns.